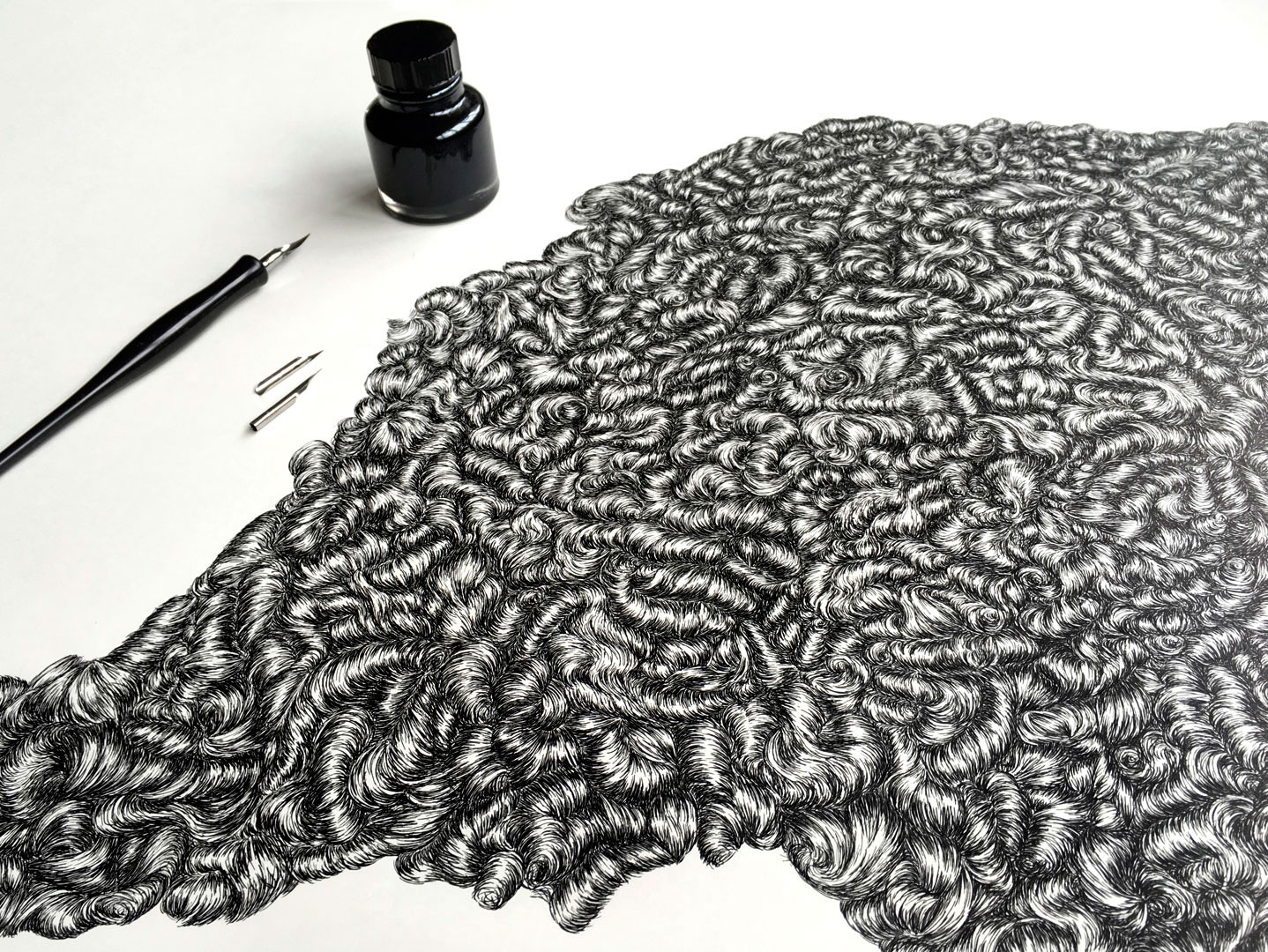 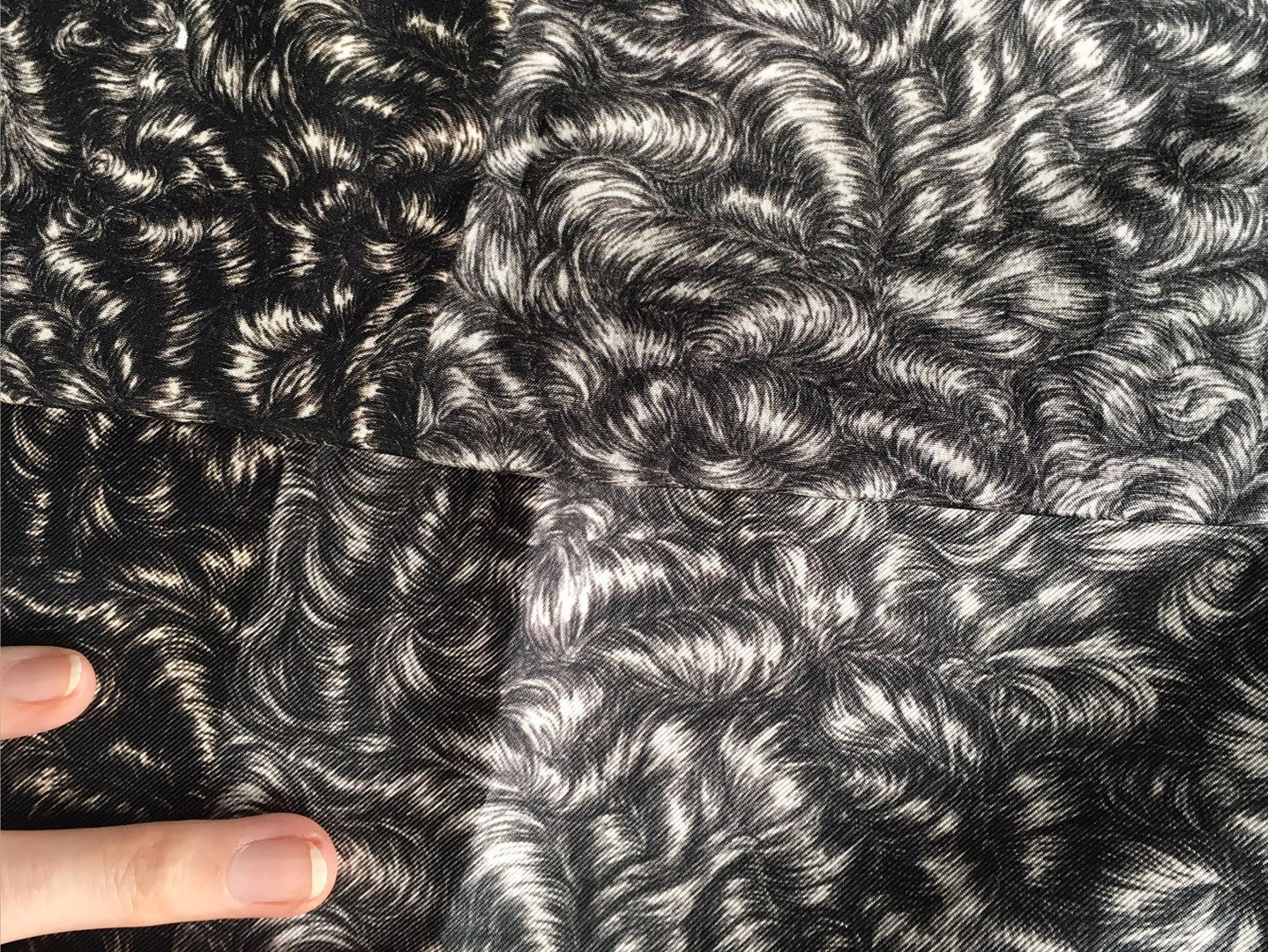 Astrakhan was very popular on fur coats during the first half of the 20th century, usually in black colour. I drew this from various bits of vintage fur.

The structure of this tightly curled fur in its deceptive uniformity is rather mesmerising, I became really absorbed in it. To me it appears like a frozen process, a vision of something intangible – maybe resembling a pattern of how thoughts develop or concepts evolve.

The resulting drawing emphasises this mesmerising quality. For me it has a certain delicious darkness to it, something visceral, but also something very elegant, decadent and dandyish.

Below are some work in progress images, including some initial experiments with inverted drawings. A preliminary study is available as a limited edition art print. I followed specific parts of the fur and drew them very faithfully, trying to capture its essence and attempting to understand the mystery behind the structure.

I made the finished drawing into a continuous pattern with an unobvious repeat, available as an upholstery velvet. The velvet really adds to the illusion of depth and softness. It also exists as a long silk satin dandy scarf. 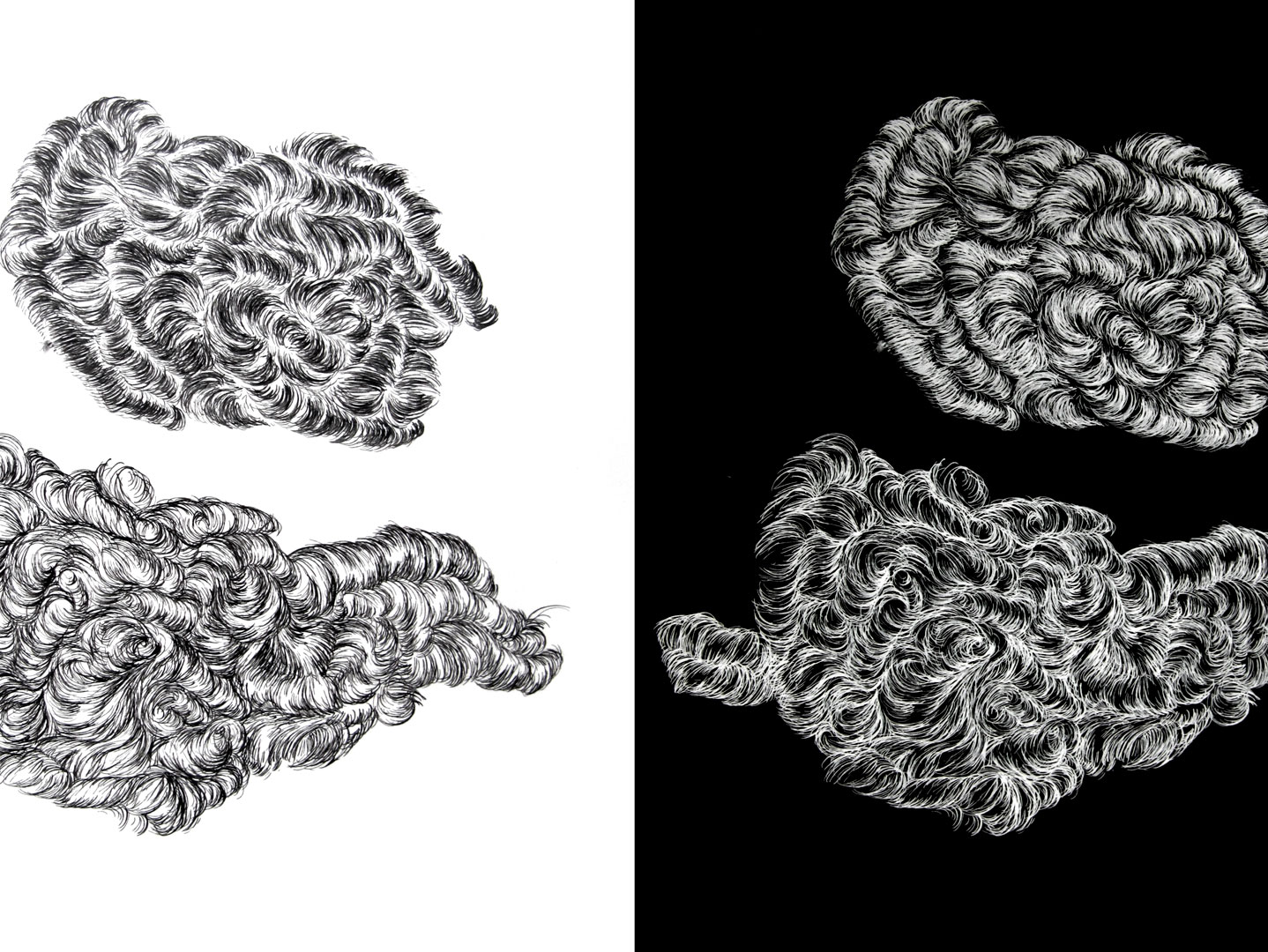 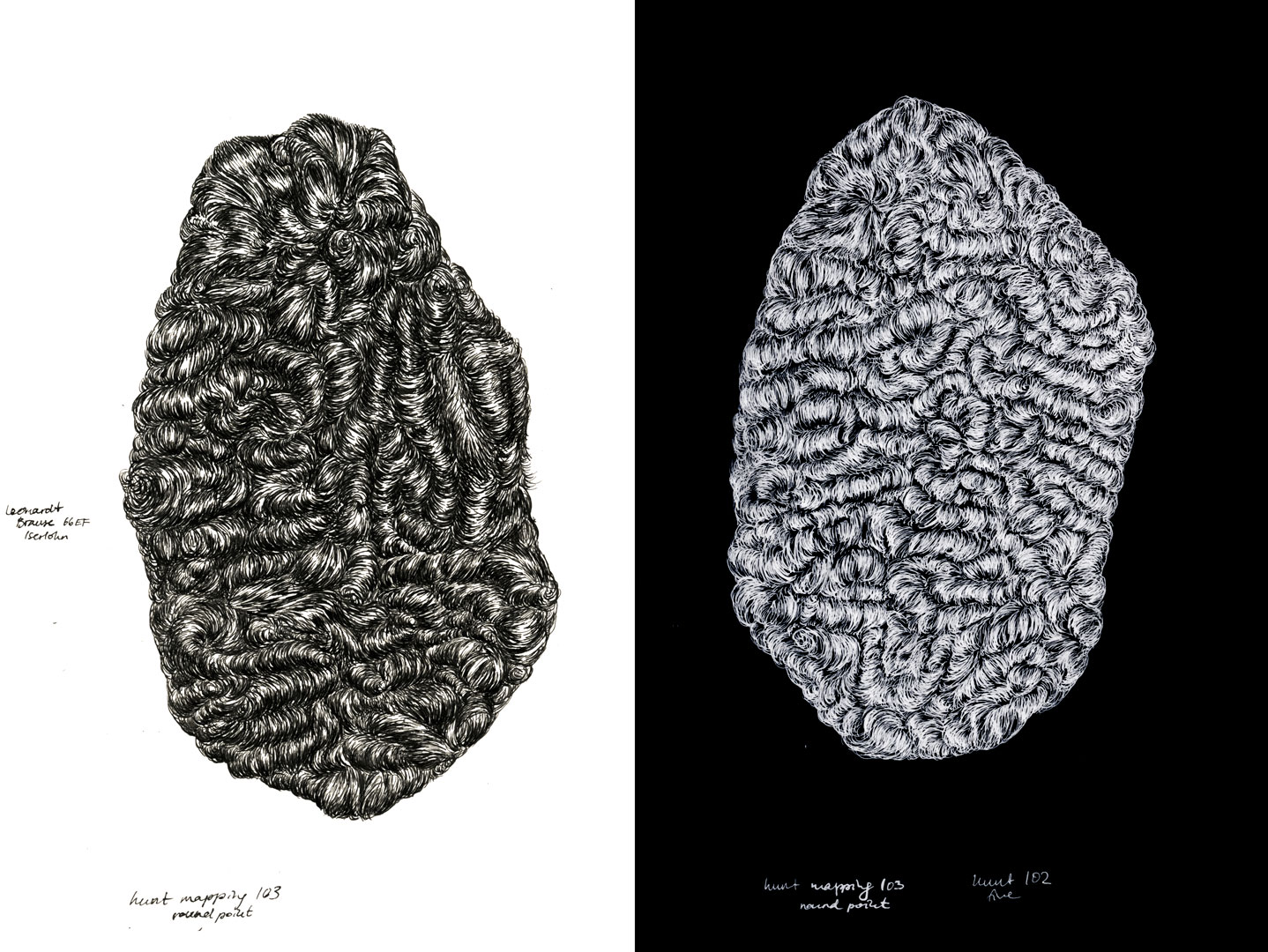 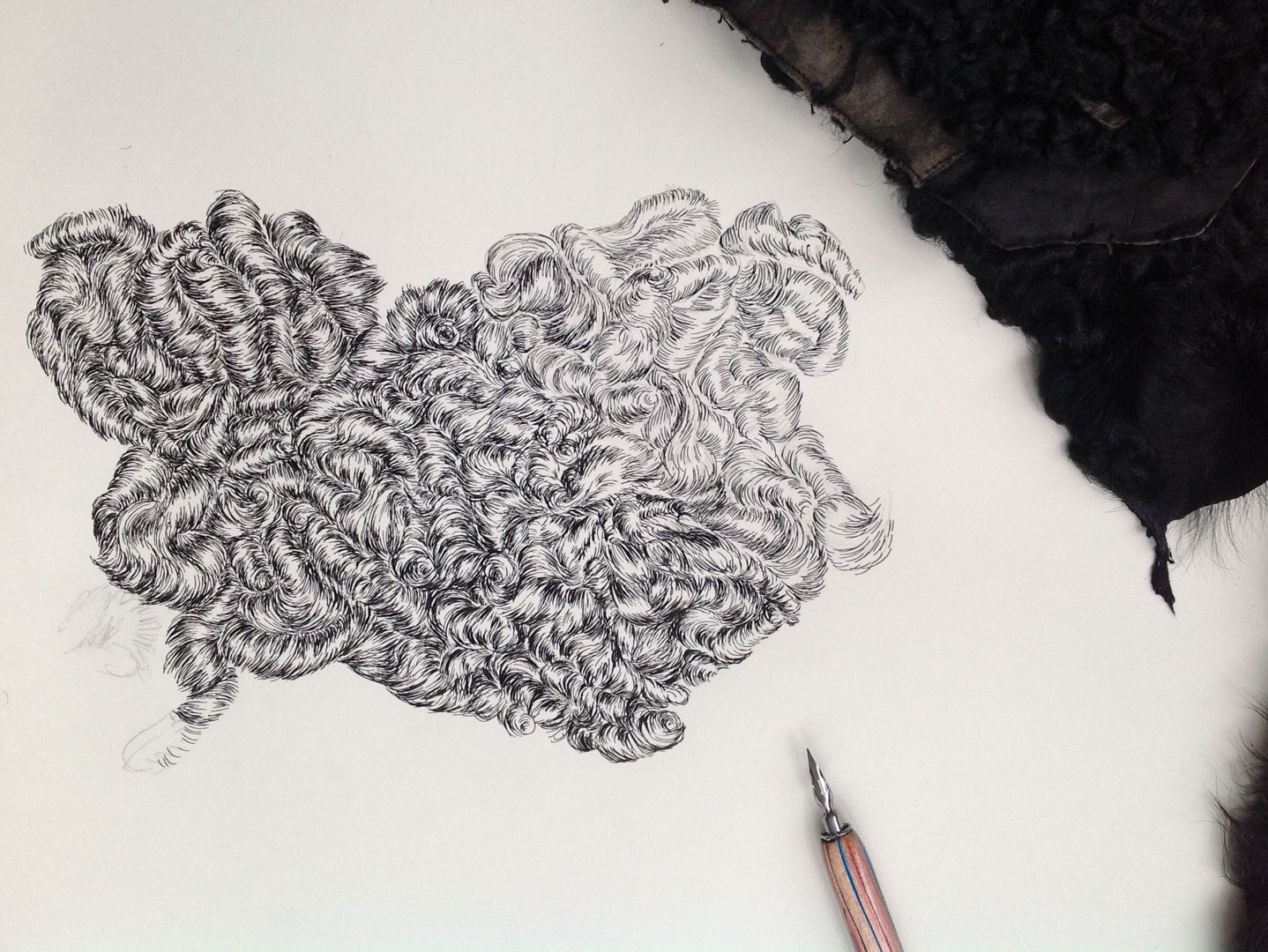 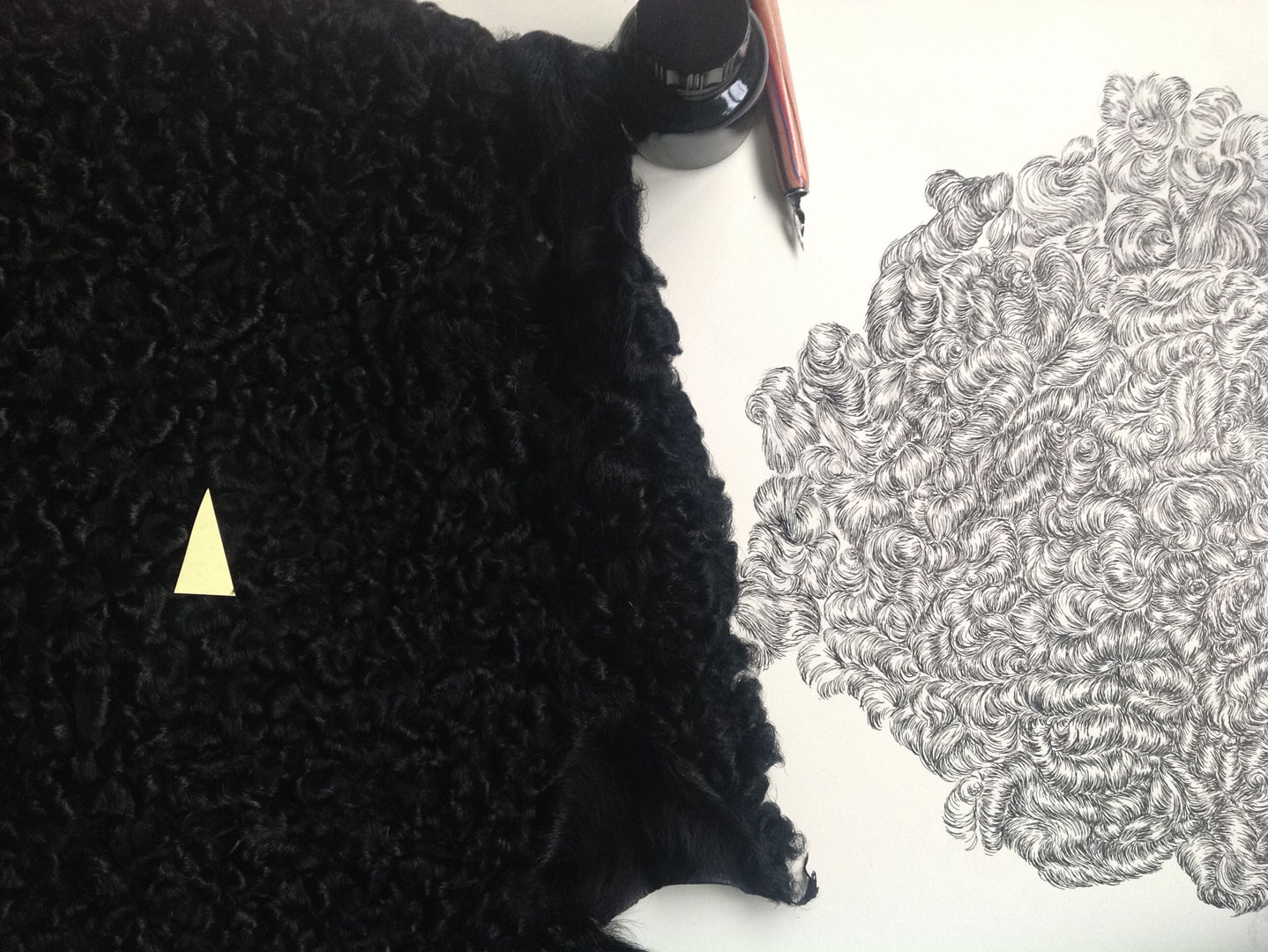 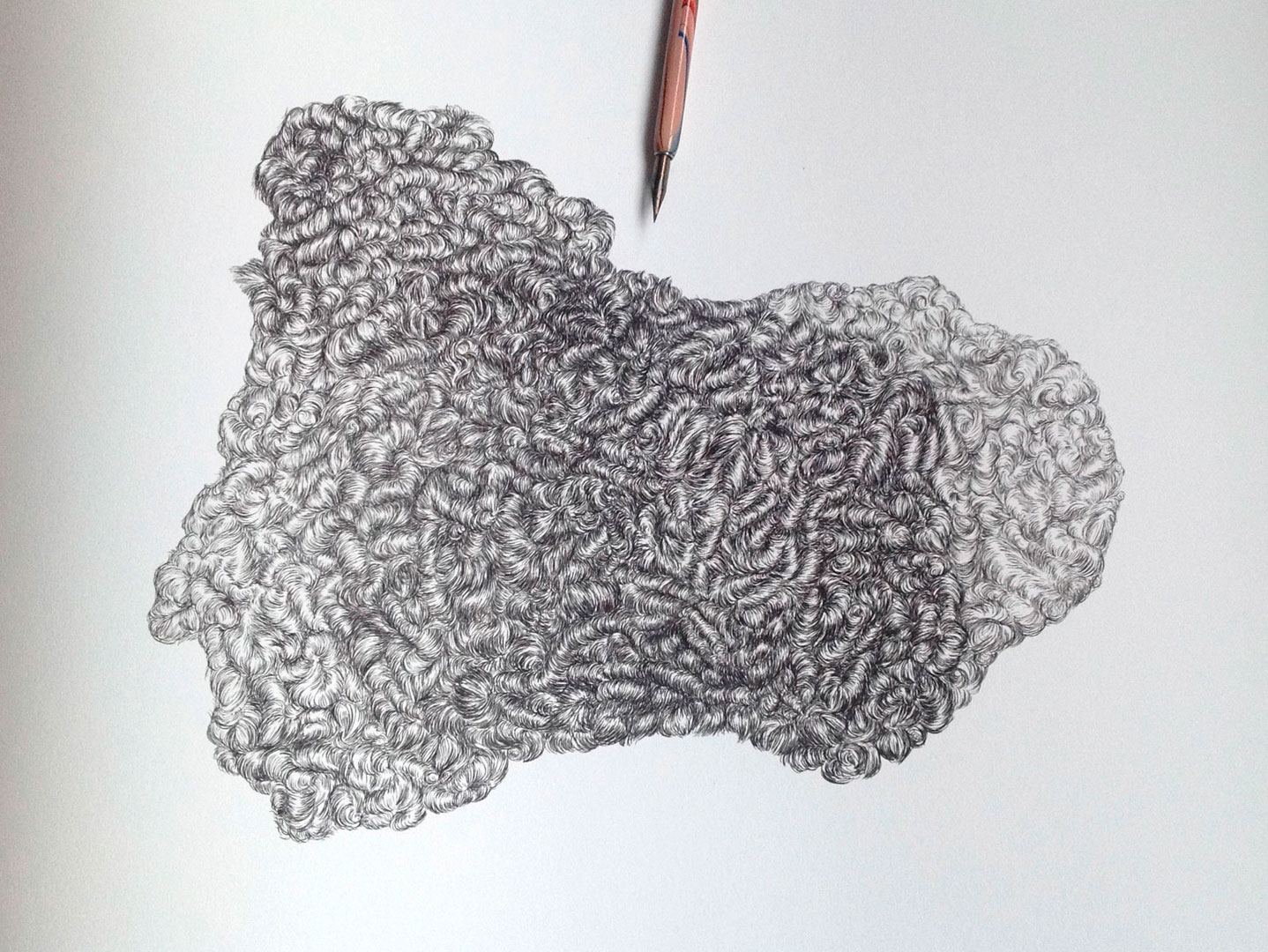 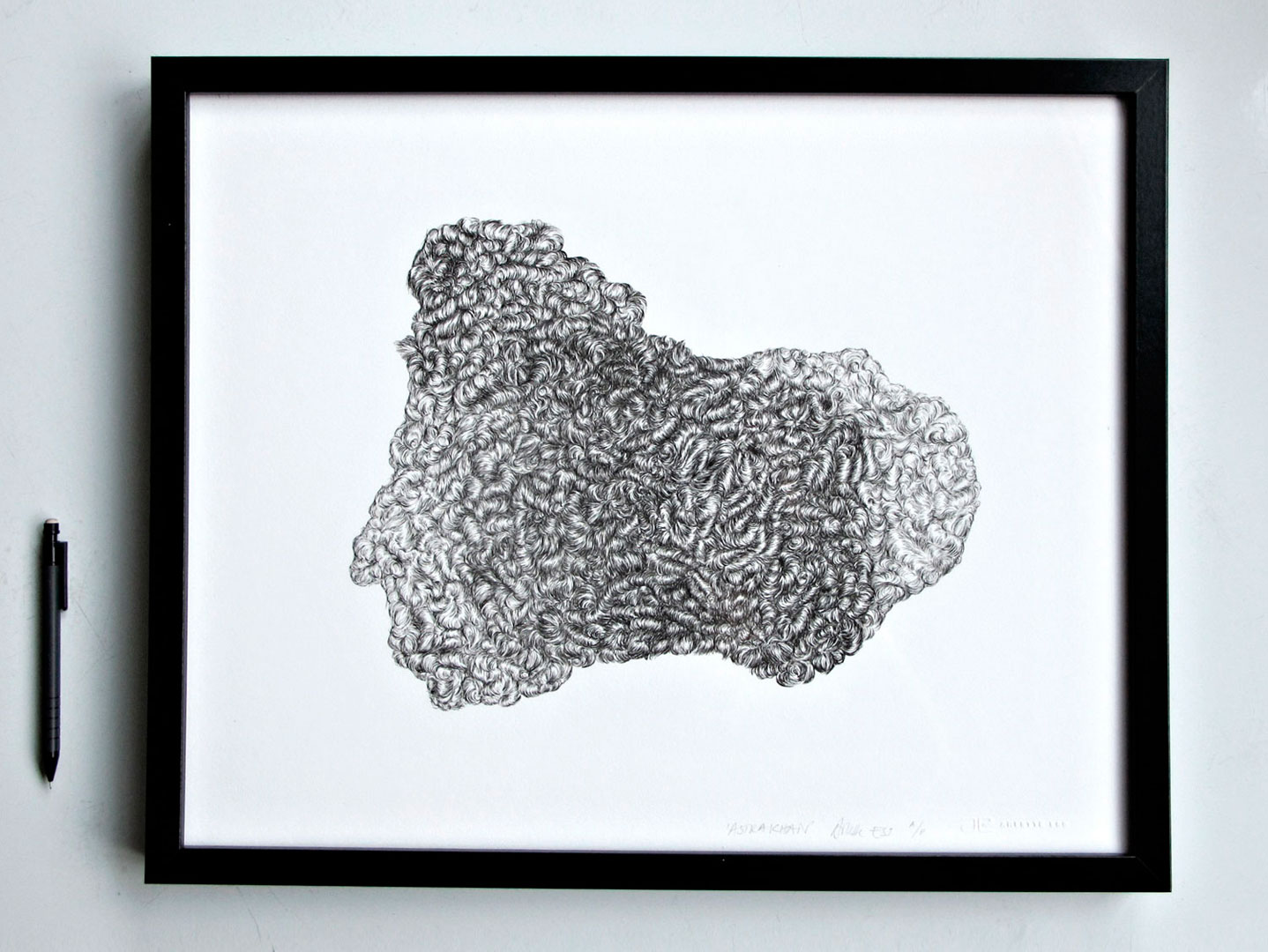 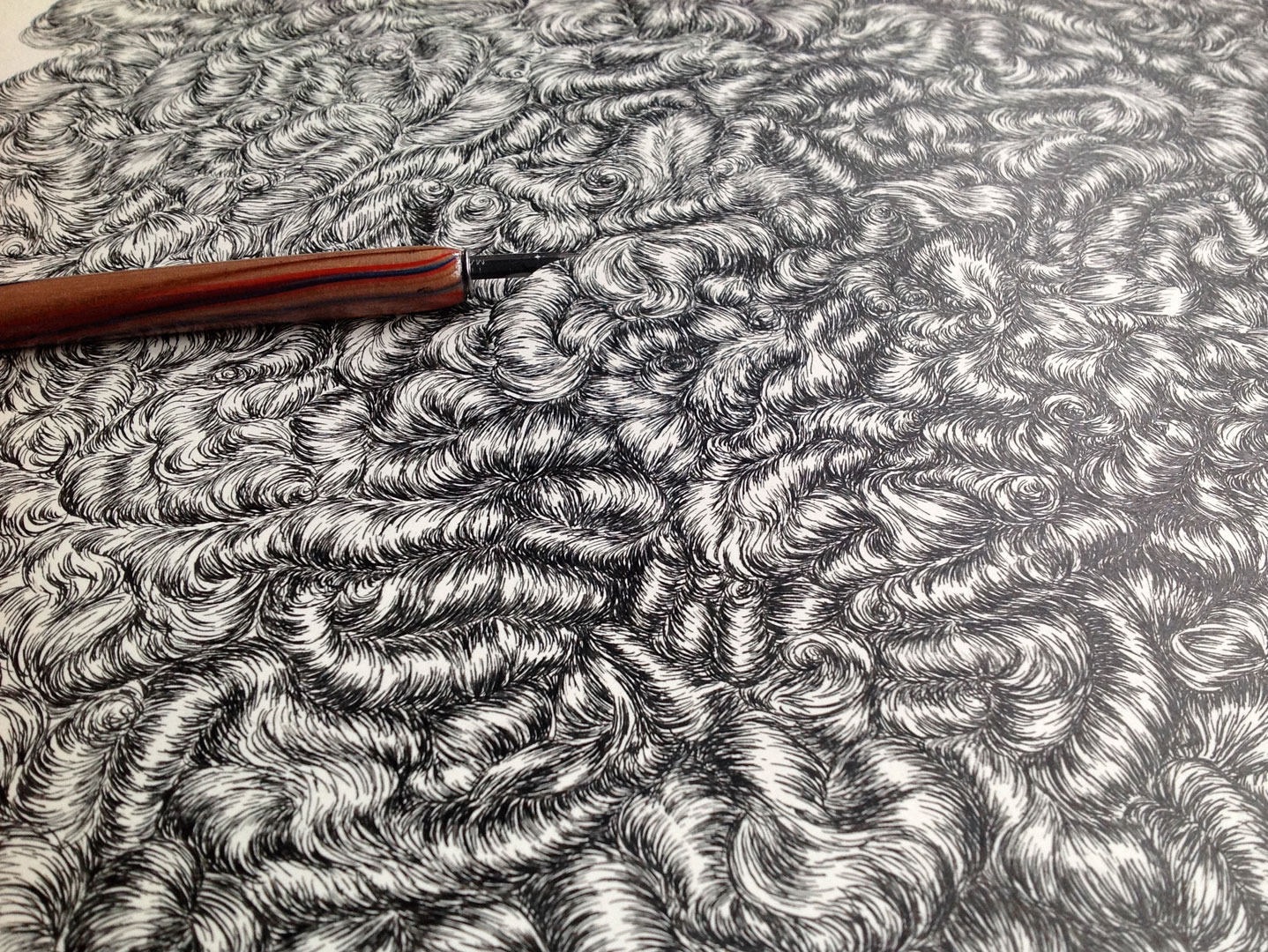 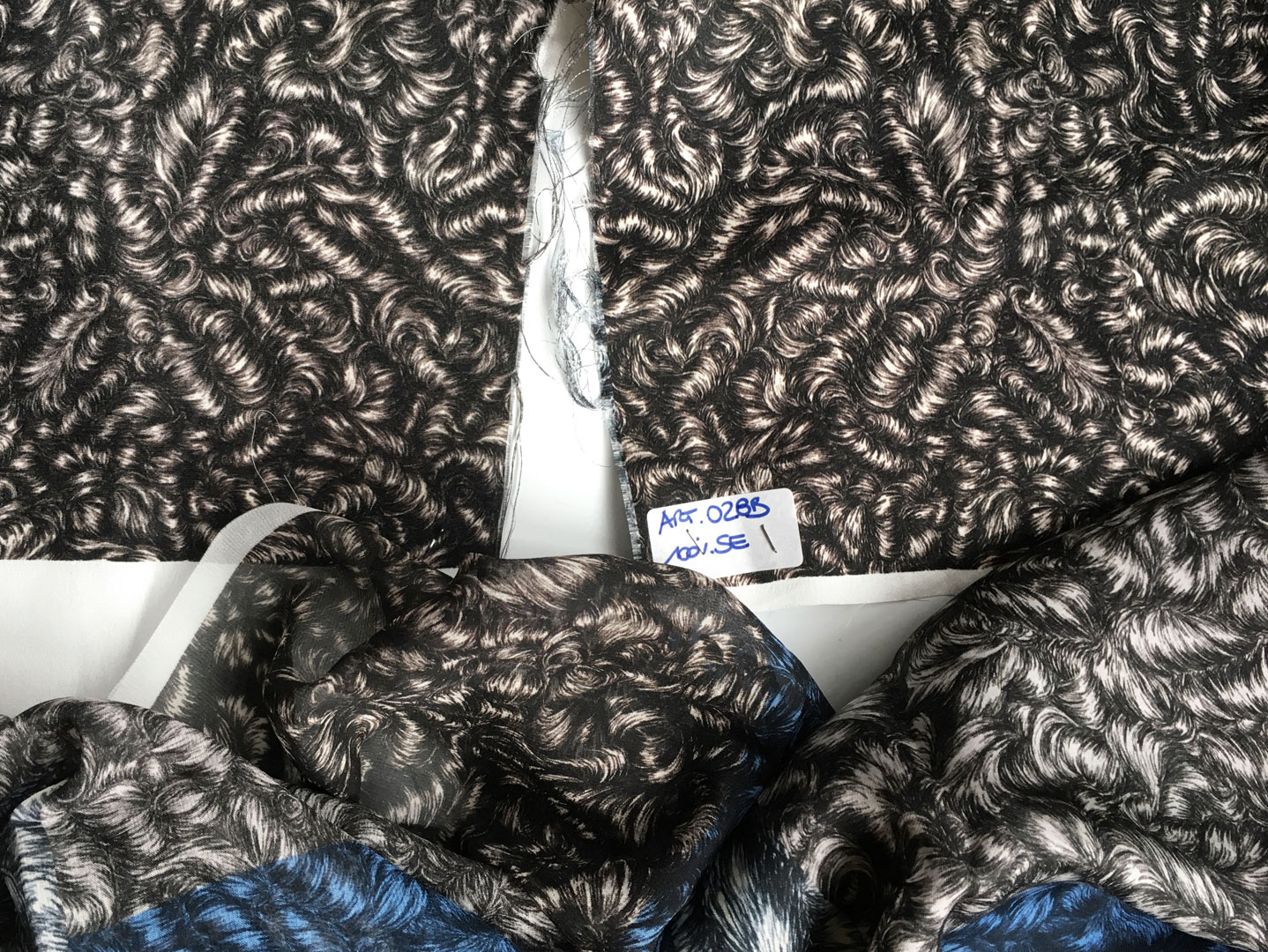 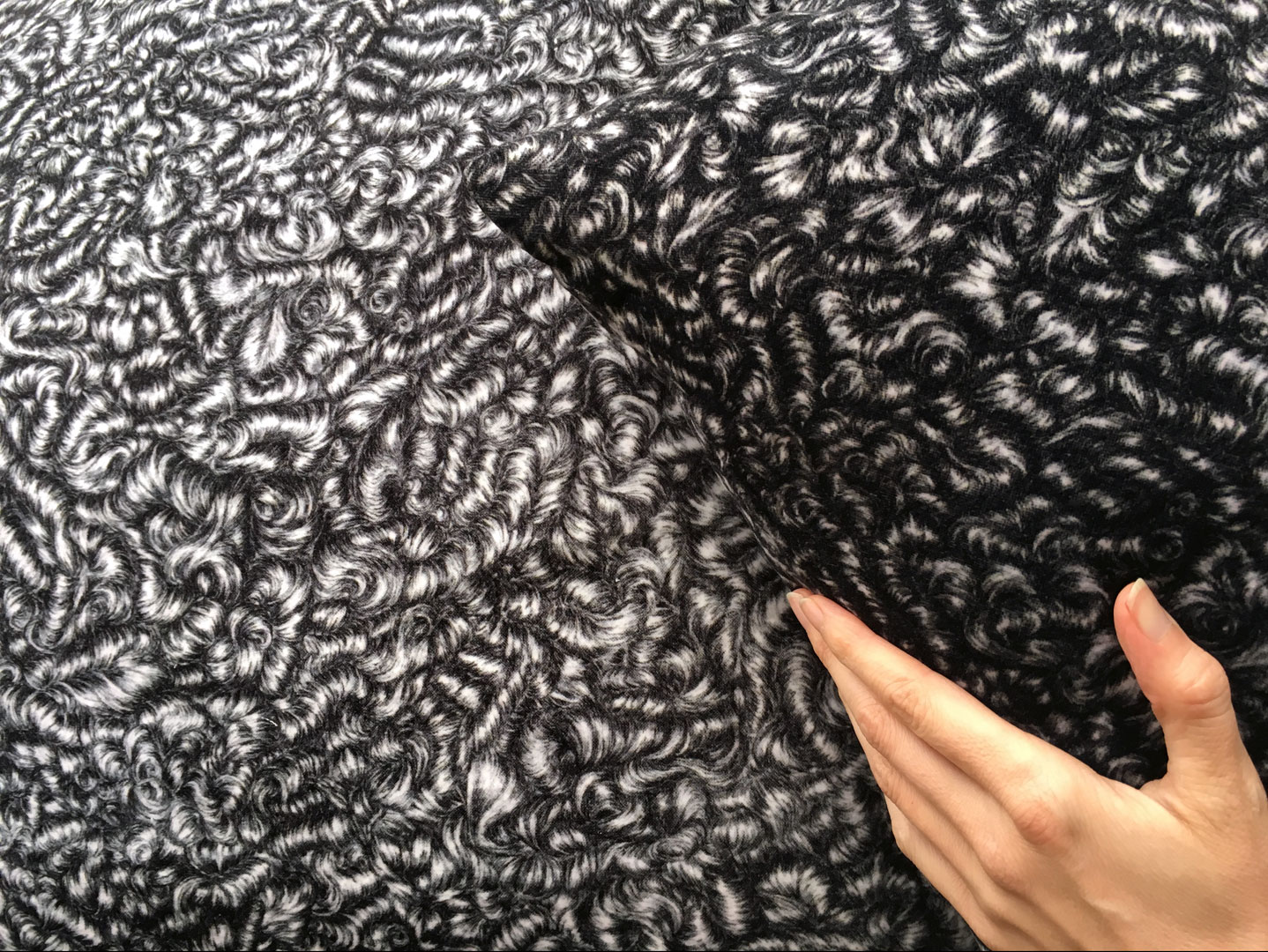 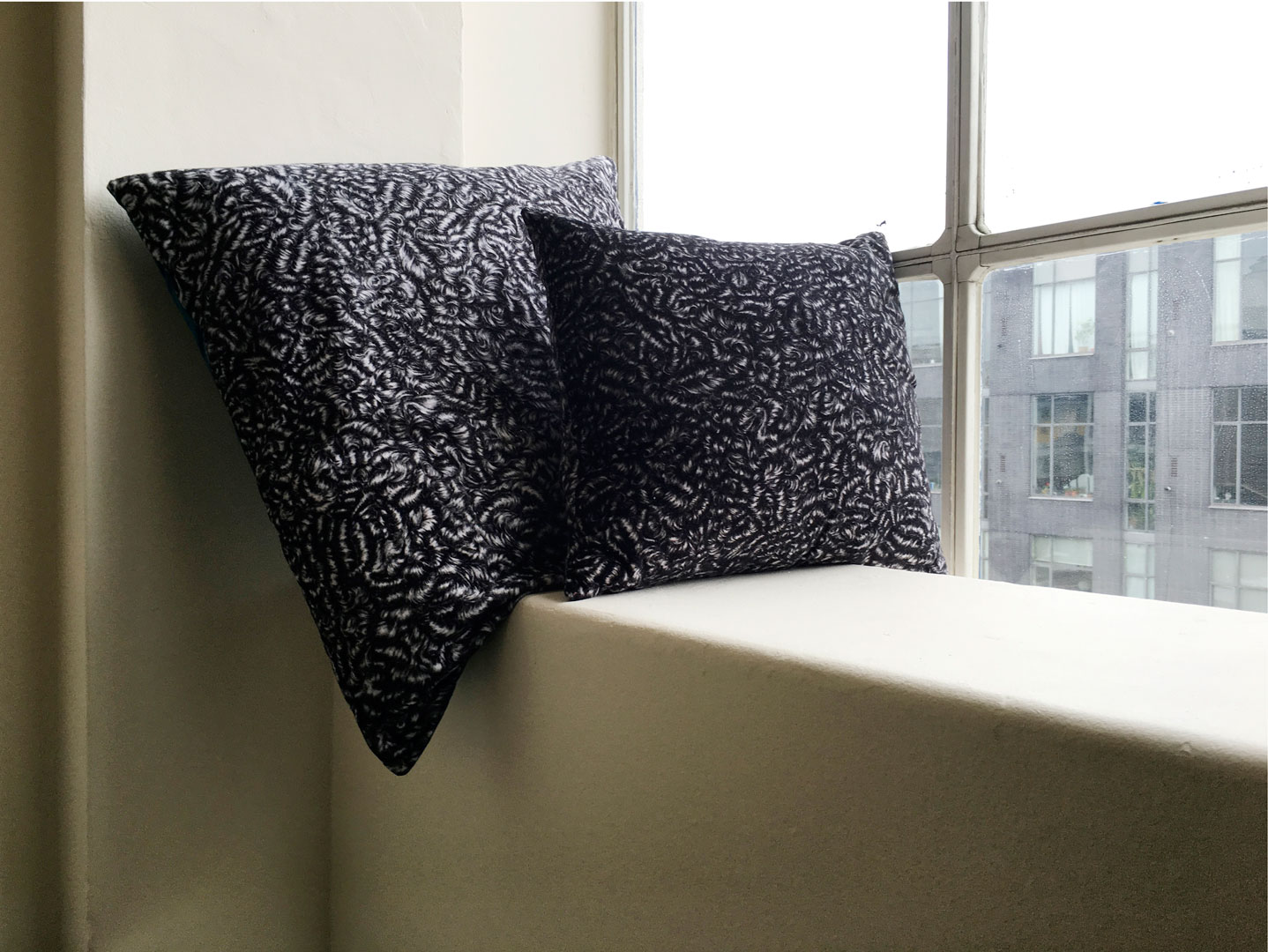